Juliet Aaltonen, Elena Giolo and Baha Görkem Yalım from the collective Laurel Project Space, will on the 9th October host an open studio event to present their new location, and residents, in the East of Amsterdam.

Elena Giolo (1993; Belgium) visual artist graduated from Gerrit Rietveld in 2018. She is interested in involuntary human behaviours and mechanisms that are elicited without our conscious volition; cases of rupture where the body becomes present: a sneeze, a stutter, a spasm or a blush. Within her sculptural practice, she investigates how this involuntary language is influenced by our societal context, culture and language and in turn how these often repressed involuntary movements (apparitions of our human bodies) characterise our social surroundings, behavioural patterns, objects and architecture.
Moa Holgersson: (1983; Sweden) BA graduate in Visual Art from Gerrit Rietveld Academie with a background in dance and aerial circus disciplines. Graduated in July 2019 with a work that investigates vocal intimacy of two performers, using each others mouths as reverb chambers. I’m interested in Oral Lore, Oral Lure, Aural Lore.. and how oral tradition transfers knowledge, resistance, ideas, culture and emotion between human and non-human animals.
Baha Görkem Yalım (1987, Izmir) is a visual artist. After working as an engineer, Yalim completed their Bachelor Fine Arts at the Gerrit Rietveld Academie, Amsterdam, Honours in Art and Research at the Gerrit Rietveld Academie and the University of Amsterdam, and Masters in Art Praxis at the Dutch Art Institute (DAI). Yalim’s practice is multidisciplinary and defined by being purposefully in flux, refusing to crystallise in any one form or medium. Video, sculpture, and performance are employed in variations and as folds of the one and same practice. Their position at times also crosses to writer, educator, and curator, and includes the production of texts across poetry, fiction, and academic reflection. Yalim’s practice is deeply tied to art history, its readings, re-readings, and misreadings. Objecthood and history (with a particular interest in “the keepsake”), abstraction (as a subversive revolutionary tool) and contamination (as a form of collaboration) are concepts frequently thematised. Yalim interrogates the concepts through the lens of labour and gender, often summoning questions of ritual, landscape, and refrain. These open questions come together in a desire to diminish art and artist as unified ontological categories.
Visit website Laurel Project Space

Juliet Aaltonen: (1992; United Kingdom) is an Amsterdam-based printmaker, who has exhibited in Japan, London, New York, and the Netherlands. Juliet attended Central Saint Martins in London between 2014-2015, and subsequently attended the Gerrit Rietveld Academie between 2016- 2018. Juliet explores value and worth; using techniques to evaluate the lives of objects of low and hidden status, and dissects how these objects affect our perception of surface. These objects – or substances – are often magnified, explored in two-dimensional space. Juliet imitates nature’s own way of creating, acting as a catalyst; initiating chemical and physical reactions between materials and the traces that they leave behind. In her working process, certain elements of control over a piece are consciously left to their own aleatoric formation, often using her press as an intermediary. Juliet searches to elevate life’s detritus, providing a commentary on our daily landscape, via unexpected means of articulation. 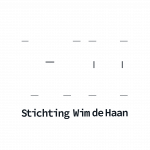